Why the Clayton Valley?

The Clayton Valley in Nevada is home to the only producing lithium brine deposit in North America.

Sienna Resources has exposure to the lithium market through its strategically located property in Clayton Valley, Nevada.

It also happens to be just miles away from Tesla Motors Inc.’s (Nasdaq: TSLA) Gigafactory outside of Reno, Nevada.

The Clayton Valley of Nevada is home to the only lithium brine basin in production in North America.

Albermarle (NYSE:ALB) has been in production in this basin since 1966.

Jason Gigliotti, President of Sienna Resources Inc. stated, “We are pleased to be one of the few companies that have property within the only known lithium brine basin with production in North America. Saline brines are higher density than fresh or brackish water and therefore tend to sink. Based on this, management is optimistic regarding this project as we are located in the deeper sections of this basin. Sienna also currently has one of the smaller market caps of the public companies in the Clayton Valley. The lithium space has shown signs of explosive growth recently and shows little to no signs of slowing down. Lithium is one of the few sectors of the market that appeals to both the traditional resource investor and millennials, as Tesla has primarily created a global knowledge for lithium, therefore being a true crossover element.” 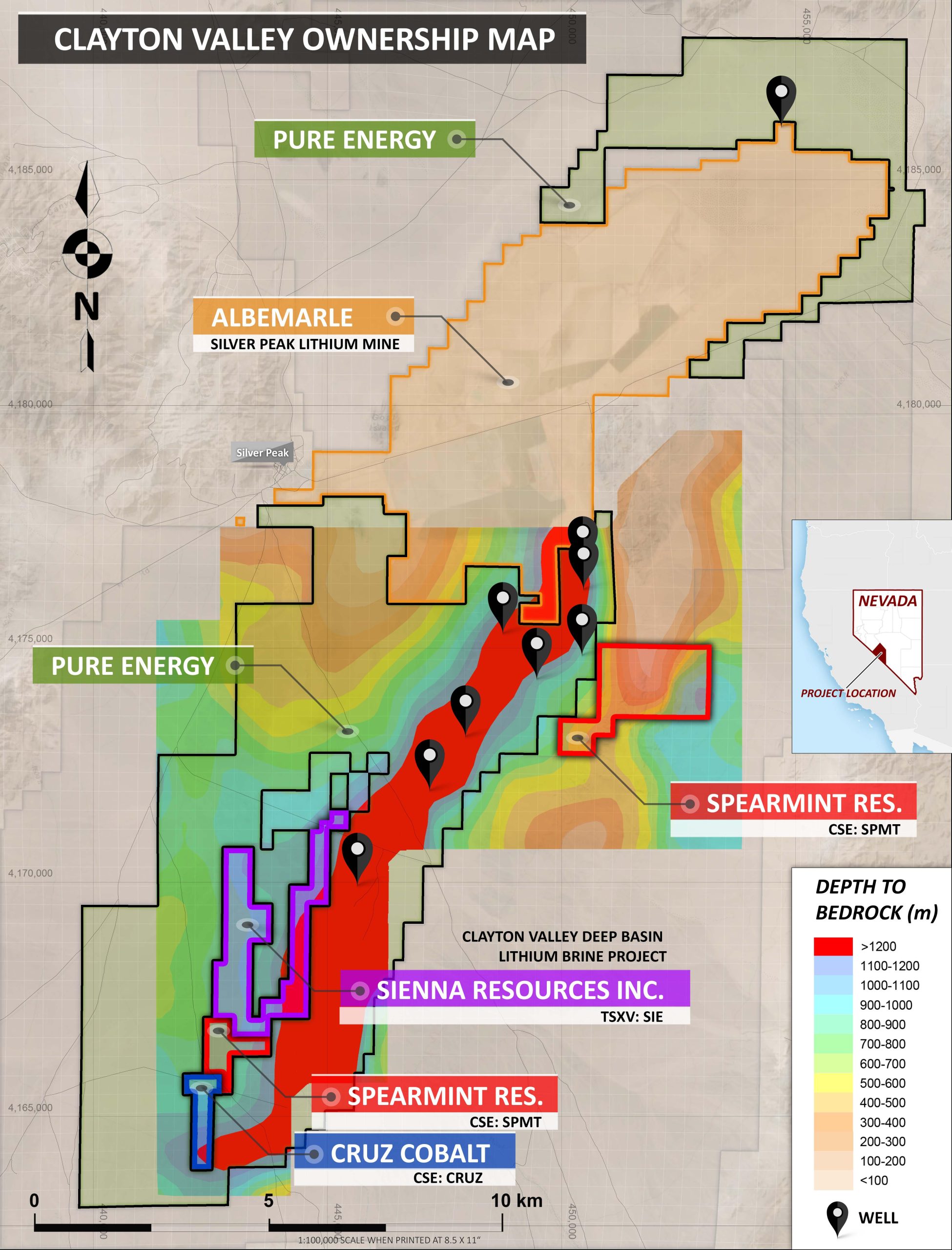