Jason Gigliotti, President of Sienna Resources stated, “We are very pleased to have significantly increased our acreage that is bordering and surrounding Palladium One Mining (PDM-TSX.V).   This new acreage now gives Sienna approximately 190,000 acres in the highly prospective Koillismaa Layered Igneous Complex (“KLIC”) in North-Central Finland. This makes Sienna one of the largest land holders in this region.  Sienna has just completed initial work that uncovered that the basal contact encountered is 23 km long and is the primary target for this project, showing similar characteristics and geological orientation as the bordering project of Palladium One.  We have had initial positive indications to date on this project and adding this large new land package, contiguous to our exciting prospects, enables Sienna to potentially identify more high priority drill targets at a time when platinum prices are at 6-year highs.  We are planning to be very active in Finland and Norway in the coming weeks and we continue to evaluate the Clayton Valley Deep Basin Lithium Project in Nevada as the global demand for lithium is exploding exponentially due to the Electric Vehicle demand.  Management is very enthused about the upcoming year for Sienna.”

The highly prospective Kuusamo Project has the potential to host similar styles of basal PGE-Cu-Ni mineralization (Contact-Type) found at the LK Project and associated with the basal contact of the Syöte Block. Historical mapping and diamond drilling at Kuusamo has outlined an approximately 23 km long basal contact horizon along within the Syöte Block which is prospective for Contact-Type PGE-Cu-Ni sulphide mineralization.

Sienna recently completed orientation soil surveys (total of four sections) over the interpreted contact region of the Syöte and Pirivaara blocks (Figure 1). The soil samples, which targeted the B-horizon in the soil profile, were analysed using partial leach methods to identify mobile metals interpreted to be derived from local sulphide-rich source rocks. In three of the four test sections, the targeted geologic horizon (contact region) showed anomalies in a combination of vector elements including palladium, copper, nickel, and gold. Background concentrations for the vector elements were established at 0.09 ppb Pd, 400 ppb Cu, 70 ppb Ni, and 0.05 ppb Au. The lower limit of detection (“LLD”) for these elements are 0.05 ppb Pd, 1 ppb Cu, 1 ppb Ni, and 0.02 ppb Au. 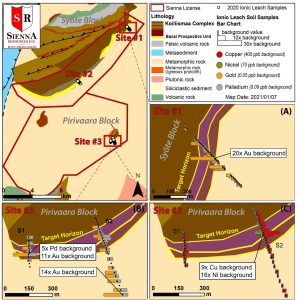 Figure 1. Location of soil sampling sections within the Syöte and Pirivaara blocks, Finland.

Results from the orientation soil sampling program reflect a highly encouraging “proof of concept” for this rapid and inexpensive sampling technique, and provides the confidence for this technique to be used to screen larger target areas within the Project, in a highly cost-effective manner.

The most encouraging aspect of the sampling program were the particularly strong anomalies seen in the southernmost sampling lines in the Pirivaara Block (Figure 1). The Pirivaara Block is an outlying exposure of the KLIC that crops out from beneath glacial cover in the southeastern portion of the Project. Little is known about this particular exposure of the KLIC, but the Sienna soil sampling results shows evidence of strong anomalism in copper and nickel (Figure 1 – panel C), and palladium and gold (Figure 1 – panel B). As a result of these positive indications, this area, along with the basal contact in the Syöte Block, will be prioritized for further work.

Plans for continued exploration on the Kuusamo project include broader sampling programs using the same soil sampling techniques employed in this initial phase of sampling, as well as geophysical surveys (Induced Polarization or “IP” and detailed ground magnetics) targeting the prospective basal portions of the intrusive blocks. The aim of the broader exploration programs will be to identify the highest priority drill targets on the Project.

Soil samples were submitted for analyses at ALS Scandinavia AB (ALS Global) whose laboratories are accredited by SWEDAC for several analytical methods and whose accreditation implies their compliance with the international standard ISO 17025 and ISO 9001:2000. The ALS Global Ionic Leach assay method identifies anomalous mobile metal ions which may have been mobilized and trapped within the soil profile, giving good indications of mineralized bodies under deep cover. 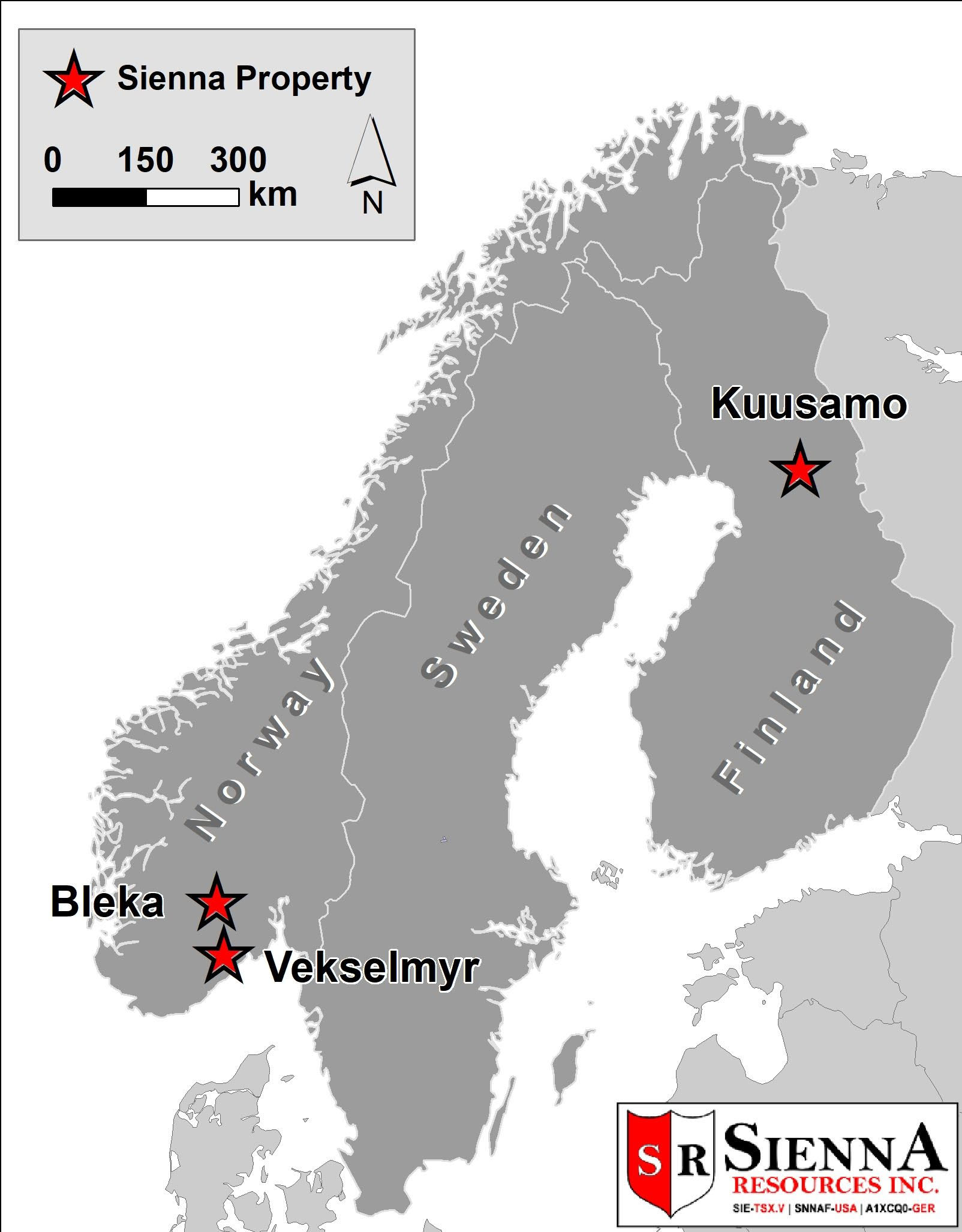 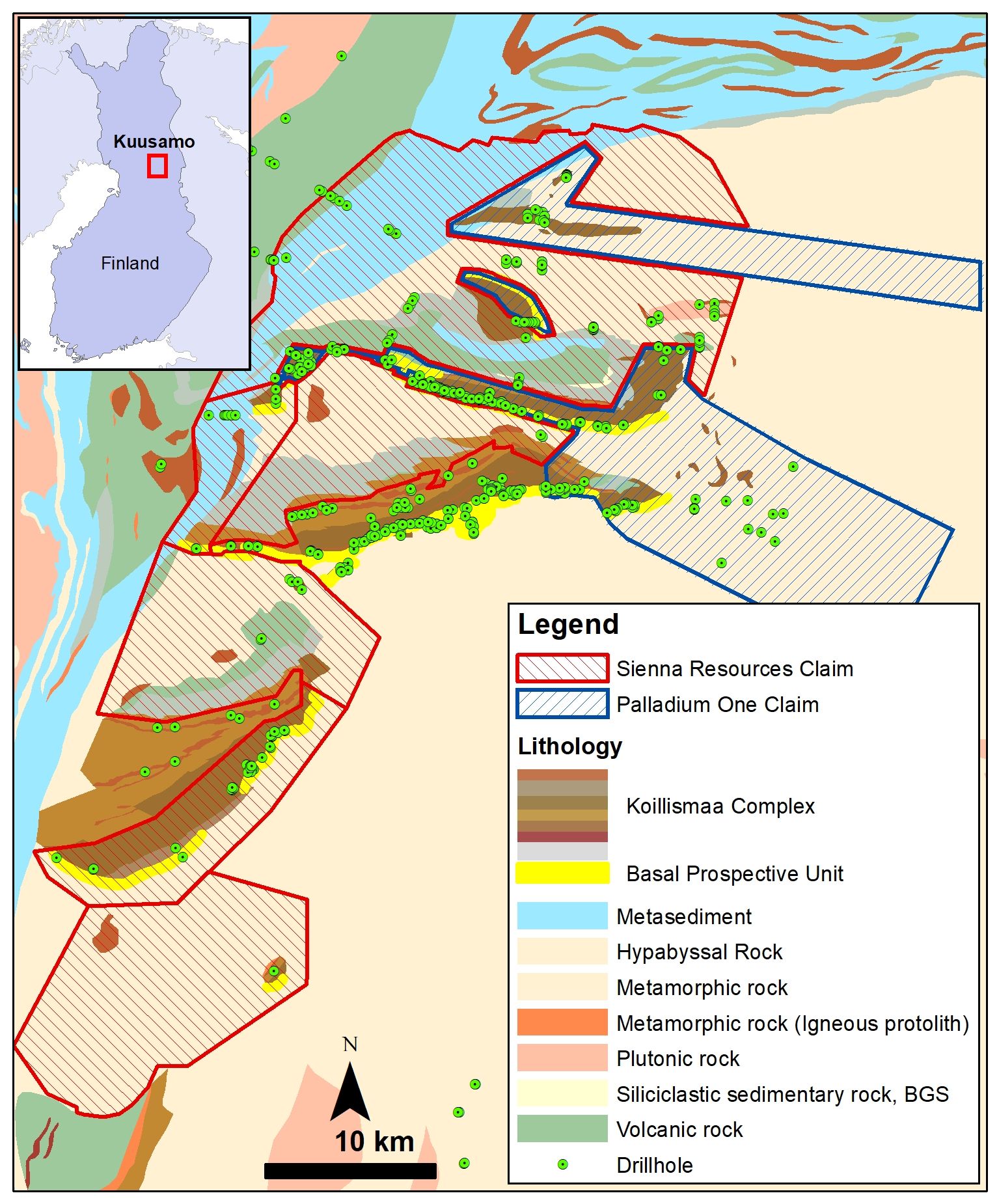 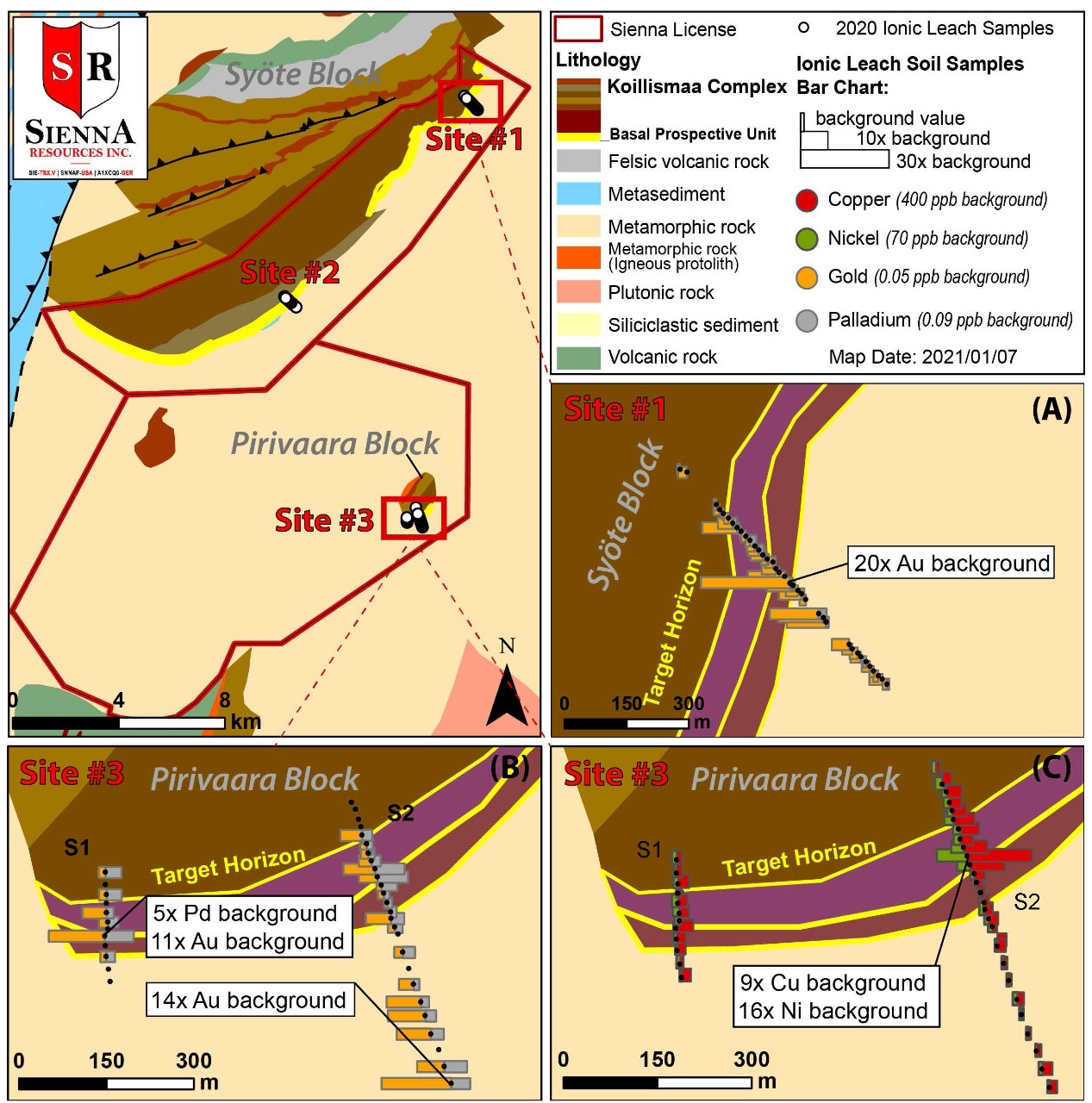